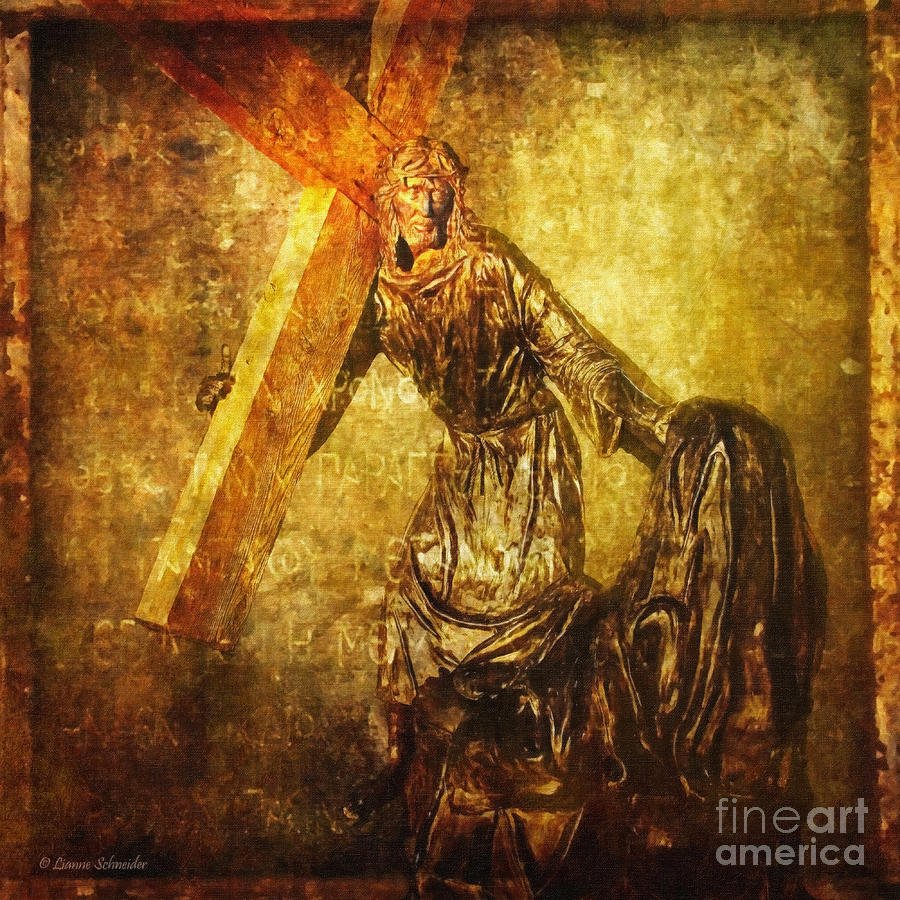 Daughters of Jerusalem Via Dolorosa 8

Daughters of Jerusalem Via Dolorosa 8

The eighth in a series of 14 images -

[Please don't feel that you need to comment on each of these - or any at all for that matter! Religious art is not everyone's cup of tea, but they are posted here AS art as much as for religious purposes. I am posting them all over the next few days, adding to the four already in the gallery entitled VIA DOLOROSA, because I will be in the hospital and recuperating from surgery for the next couple of weeks and needed to have this commissioned work uploaded before I go. To those of you who do visit and leave a comment, please know how appreciative I am and I promise to thank you each personally when I'm able to return to the computer!]

But looking at my rather poor photos, it occurred to me that I might preserve my own impressions of these sculptures and at the same time pay tribute to the nearly 1000 years of religious art that dominated the Western world throughout the Middle Ages right up until the post-Reformation period. Much of this kind of art can still be seen in churches and cathedrals all over the world as well as in the great museums that house the masterpieces of the Medieval and Renaissance periods. I post them here over the next few days as ART. There is certainly no intention on my part to offend those of other religious traditions or non-religious traditions whose own artistic expressions I greatly admire. I've chosen to create my representation of the 14 stations along the Via Dolorosa in a style that I hope is reminiscent of the Middle Ages - using my own images of the sculptures found around the base of the Groom cross.

Congratulations on your sale!!!

This is incredibly gorgeous, Lianne. I am praying for you and hope you have a full recovery. Sending love & hugs too. LF

Thanks so much Trudi - my apologies for being so long in getting to this!! It does mean so much to me.

Beautiful and stunning work of art....such a great series. v/f

I am so far behind, so I will say that I love your work! And I REALLY mean it!! v.f (Wonderful series!! )

Ah Bob you are such a good friend and encouraging supporter - thank you for everything.

Lianne, Your work is Brilliant! Congrats on your stunning work and sale :)

You, my friend, are a true angel - thank you so much Chrisann. xo

Thank you Michael - so kind of you!

Amazing work Lianne....Congratulations on your sale :)

Thank you Lori - that's so sweet of you!

Thanks so much Jeff - appreciate it!

Another fantastic piece in this wonderful series, Lianne! f/v

Thanks so much Heidi - I'm so happy that you like it.

Thank you so much Marilyn - my apologies for the delay but I went in for surgery on the 11th and am just now able to sit at the computer for any length of time. I so appreciate your lovely comment and I'll be by to play catch up soon.

Do not weep for me, he said, but for you and your children. He who is Light noticed the distress of the weeping women of Jerusalem and of the world today... and offers himself. Truly awesome! f/v

this would move anyone, regardless of religion, and such images have been replicated through the ages.. very beautiful art Lianne, perfect tone for this most beautiful piece.v/f