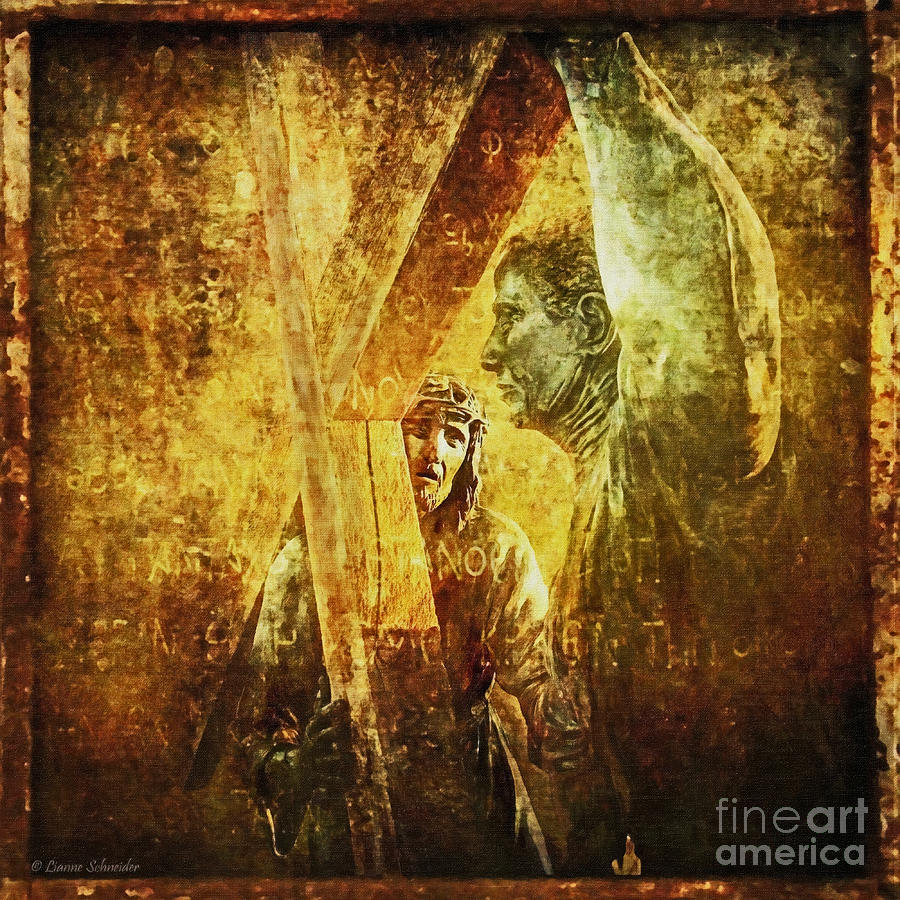 [Please don't feel that you need to comment on each of these - or any at all for that matter! Religious art is not everyone's cup of tea, but they are posted here AS art as much as for religious purposes. I am posting them all over the next few days, adding to the four already in the gallery entitled VIA DOLOROSA, because I will be in the hospital and recuperating from surgery for the next couple of weeks and needed to have this commissioned work uploaded before I go. To those of you who do visit and leave a comment, please know how appreciative I am and I promise to thank you each personally when I'm able to return to the computer!]

Love the look on Jesus' face.

Congratulations on beautiful art piece, and on the sale!

Beautiful! Beautiful work, Lianne Congratulations!!! A new Favorite for me

Lianne! Congratulations on the Sale.Irina Sztukowski

Very interesting and beautiful work..style..I love the depth of the layers and imagery..Jospeh

Another vote. So beautiful.

The whole series is wonderful. I love this one especially. Evokes so much of emotion. fav/voted.

To all who have visited in recent weeks and left such lovely comments, thank you all so much. I hope I've been by your pages to thank you personally but if I haven't I certainly will be soon.

Another powerful and awesome work from your series. v/f

Congrats on your sale!!!

Lianne, Another Stunning Piece of Art! Congrats on your sale and work :):)

Lianne. Congrats on your sale!!

Thanks so much Joyce - I really appreciate that.

I couldn't be more pleased my friend; this is awesome to see you with these wonderful sales.....doing the happy dance for dear Lianne!!!

Congratulations on your sale, Lianne. ;-)

Thank you so very much Theresa.

LIanne, Another Masterpiece! Congrats on your wonderful work and sales :)

Chrisann - how kind of you to comment on each of these. Thank you so very much.