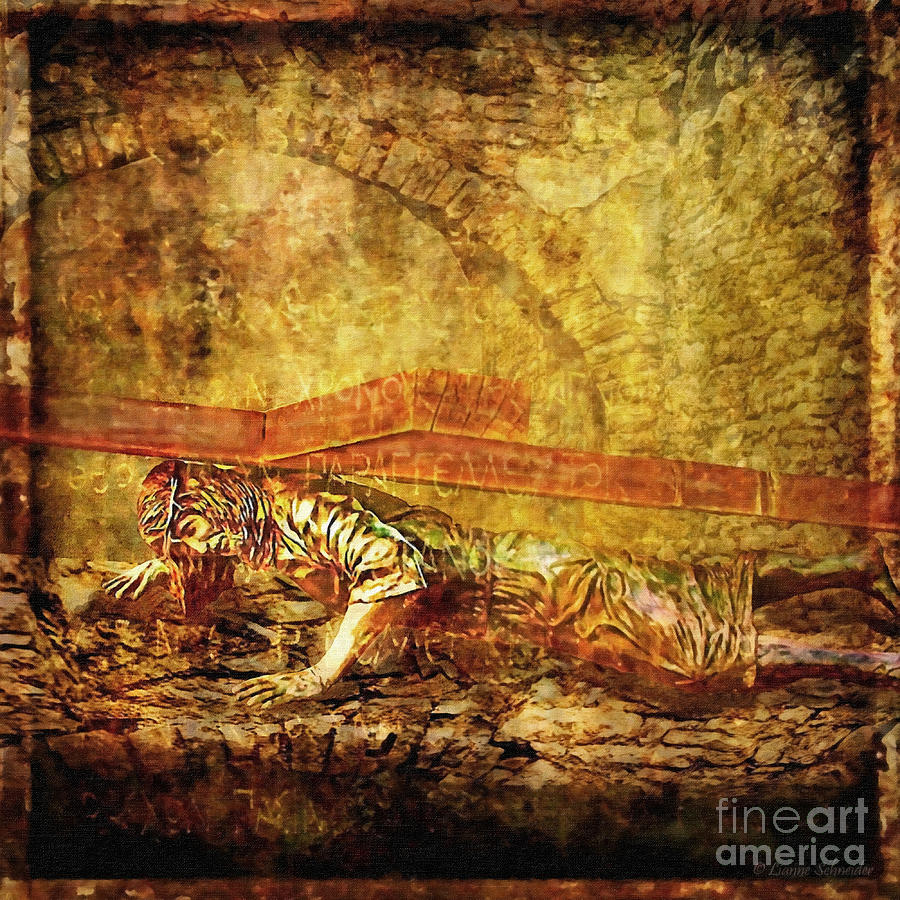 The 9th in a series of 14 digital paintings based on original photographs..
These images - 14 in all - are in fulfillment of a commission of 40x40 prints of the series that represent the 14 Stations of the Cross or Via Dolorosa (Way of Sorrows) which are vignettes of Jesus Christ's walk to Cavalry and his Crucifixion. Similar images in plaster, bronze, pewter, painted on wood panels or sculpted can be found in Christian churches throughout the world and in many communities, people from all denominations participate in "Living Stations" or "Passion plays" based on these same moments.

Congratulations on your sale Lianne!

Congratulations on your recent sale.

Wonderful work! Congratulations on your sale!

Nice work! Congratulations on your sale.

nice work! congrats on your sale!

Thank you so very much everyone - this is a replacement upload and I'd mistakenly actually deleted rather than changed out the earlier version. I am really so grateful to each of you for your lovely supportive comments. Hopefully I've been by to visit and thank you personally but I will be soon if I haven't yet.

Wow! Gorgeous and powerful! I love the layers and tones and textures! Amazing work Lianne! L/F!!!

Utterly gorgeous artwork!!! You are so talented and very inspirational, Lianne.